The impact of ethnicity on cardiovascular diseases

According to many American studies, ones ethnicity can determine the risk of  contracting heart diseases.

The studies we refer to were conducted by the National Institute of Health, the American Heart Association, Multi-Ethnic Study on Arterosclerosis, Medical School (Howard University)

Even though they are at greater risk, black women are less likely to take the necessary medication to fight against the disease.

Generally, black people have higher rates of heart disease (coronary disease, heart attack, cardiac failure, blood pressure). According to the American Heart Association, about 40% of African American men have a variety of heart disease whereas only 30% of white men and 24% of white women suffer from the same.

It is worth taking ethnic factors into consideration when analysing heart disease but we must keep in mind that it just gives a general estimate. In the last ten years scientists have found that certain ethnic groups were more likely to be affected by heart disease than others. For instance, in the past, Native Americans showed very low ratios of heart disease. But now this is the main cause of death among Native Americans , being even more prevalent than cancer, accidental death, liver disease and diabetes.

When reading this article one may think that those diseases were caused by life conditions and food rather than ethnic factors. Indeed, scientists had also come to that conclusion but those therories have long since been denounced.

The NHI (national health institute) has however conducted a project aiming at finding the genes responsible for heart disease.

Scientists have discovered genetic differences between ethnic groups. For instance 13% of African Americans who have taken part in the study have genetic features that make them more likely to have abnormal heart rate. This gene is less common in Latinos and Whites.

Besides it seems like African Americans do not respond the same way to medicines made for regulating blood pressure. As researchers are learning more and more on how medicines impact on certain ethnic groups, in future patients should be given medicines that work best for them.

Researchers have found genes responsible for heart disease but fortunately this does not mean every carrier will be affected. It also depends on lifestyle and right use of medication. 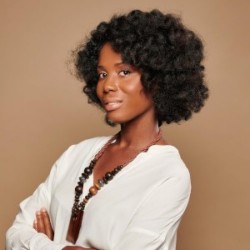